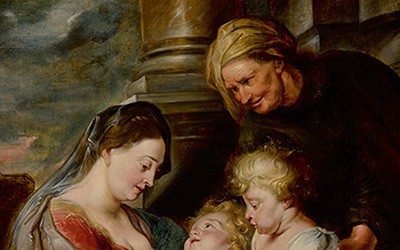 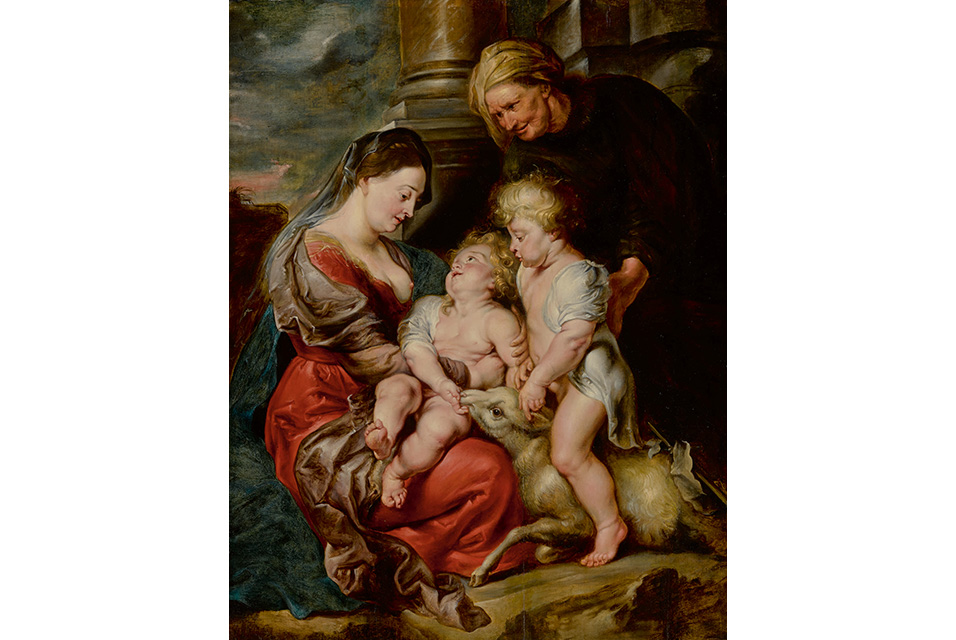 NEW YORK, NY.- Sotheby’s announced that Sir Peter Paul Rubens’ The Virgin and Christ Child, With Saints Elizabeth and John the Baptist will be offered as a highlight of Sotheby’s Masters Week in January 2020, marking the first appearance of the work at auction since 1946, where it is estimated to achieve $6/8 million. The annual week of auctions at Sotheby’s New York features masterworks spanning six centuries of the pre-Modern period, including impressive Old Master Paintings, Drawings, Sculpture and 19th Century European Art.

Sir Peter Paul Rubens (1577 – 1640) is one of the most well-known and revered artists of the Flemish Baroque style that flourished in the early 17th century. Though he resided in Antwerp, Rubens traveled throughout Europe and his influence was for felt for generations. The present painting is a large-scale work on panel depicting the popular subject of the apocryphal meeting of the Christ Child and young John the Baptist, which is believed to derive from the Meditationes Vitae Christi, attributed to St. Bonaventure. The scene was particularly common in Italian paintings of the time, and Rubens would have drawn inspiration for his work from Leonardo’s well-known depiction of the subject as well as a version by Guilio Romano, which was acquired as a Raphael in 1604 by Rubens’ Italian patron, the Duke of Mantua.

While the present painting was studied by renowned Rubens’ scholar Ludwig Burchard just after the end of World War II, it was not widely known to other by scholars and researchers. Having remained in private collections since it was last sold at auction in 1946 at Sotheby’s London, and only publicly exhibited once in 1951 in New York, the painting was unseen by the scholarly community until it was brought to the attention of Sotheby’s Chairman George Wachter and Senior Vice President for Old Masters, Otto Naumann.

Working with Rubens scholars Fiona Healy and Arnout Balis, Naumann concluded that the present painting is indeed the prime version of the composition, and that other previously known examples are either copies or can be attributed to his workshop. Notable among these is a well-known version from the Thyssen-Bornemisza Collection in Madrid, which is presently on long-term loan to the Museum of Catalan Art in Barcelona, and was most recently attributed in a Thyssen Collection catalog as an “autograph replica c. 1618…possibly executed with studio assistance.” Naumann’s research of the present painting included independent scientific examination including dendrochronological analysis (tree-ring dating) of the painting’s wooden panels by Professor Peter Klein, which concluded the painting could have a plausible creation as early as 1610. With the aid of scientific dating, Naumann’s research positions the present painting as the earlier and original edition from which all other known examples were based, and it was likely executed three to six years after Rubens returned to Antwerp from Rome in 1608.

The Thyssen version, which has been dated to circa 1618, also bears significant stylistic differences to the present painting, which can be attributed plausibly to the introduction of Anthony van Dyck into Rubens’ studio around 1614. Van Dyck’s elegant manner of painting and his characteristic quality of grace are apparent in the Thyssen version, which is notably softer in the faces of the Virgin and St. Elizabeth, and in the sculptural folds of Mary’s red robe. These changes, among others, demonstrate that the Thyssen version is an artful reinterpretation of the present original.

The timely rediscovery of this masterpiece and the dedicated research spearheaded by Otto Naumann and his colleagues have resulted in its planned inclusion in a forthcoming volume by Fiona Healy of the Corpus Rubenianum Ludwig Burchard dedicated to The Holy Trinity: The Life of Virgin, Madonnas, The Holy Family.

Otto Naumann, Sotheby’s Senior Vice President for Old Master Paintings, commented: “We are extremely pleased to be offering this incredibly important Rubens masterwork as a highlight of Sotheby’s Masters Week in January next year. The painting has remained a secret for seven decades, and the opportunity to have the work included in the Corpus Rubenianum is a wonderful achievement for the Old Master department at Sotheby’s. We have now established this painting’s rightful place in the artist’s corpus, and are especially excited to provide the public their first opportunity to see the painting in person.”

The painting is on view at Sotheby’s London 29 November – 4 December, where it makes its public exhibition debut in London and be on view for the first since it was last publicly exhibited in 1951 at an exhibition at Wildenstein Galleries in New York.