Forensic Scientist and Fine Art Consevator Peter Paul Biro was born in Budapest, Hungary, in 1954. His father, Geza Biro*, an acclamed painter and fine art restorer was Head of Conservation at The Museum of Fine Arts in Budapest. Peter Paul Biro began his career as his father’s apprentice, receiving his formal training in museum conservation and restoration techniques. The Biro family later immigrated to Canada, settling in Montreal and founding a fine art restoration studio that evolved into The Center for Art Restoration.

(*) Geza Biro was born in 1919 in Transylvania, Hungary. He graduated with top honors in Fine Arts and Art Restoration, from the Royal Hungarian Academy of Fine Arts in Budapest in 1943, winning the Royal Scholarship Award in his final year. Biro was recruited into the Hungarian army during World War II, and was subsequently made a prisoner of war for four years. Released after the war, Biro joined the Museum of Fine Arts in Budapest as a researcher, fine art restorer and consevator. His work included restoring historic monuments and artwork that had suffered damage during the war. His efforts lead to his appointment as Head of Conservation. Geza Biro began exhibiting his own works in the 1950s at the National Gallery of Hungary and, in the early 1960’s, was exhibited in Austria and Sweden. In 1967, Biro immigrated to Canada with his famly, settling in Montreal and eventually gaining recognition as a landscape artist. He held numerous shows in Canada, the United States, Australia and Europe. His works are part of the permanent collections of the Hungarian National Gallery, Ministry of Cultural Affairs of Hungary, the Office of the Governor of Vermont, the Montreal Museum of Fine Arts and numerous corporate and private collections throughout Canada. Geza Biro died in Montreal in 2008.

Recognizing the importance of photography in art conservation and restoration, Peter Paul Biro studied modern photography, specializing in scientific and medical techniques. In the years that followed, Peter Paul Biro trained in optical and electron microscopy and crystallography, all of which enabled him to study and identify pigments at the molecular level.

For more than four decades, Peter Paul Biro has worked in the field of fine art conservation. In that time, the field has evolved substantially. Today, conservation of art and cultural property is an interdisciplinary approach which incorporates art, historic research, scientific analysis and material science to document, stabilize and preserve fine art and historic artifacts. Paintings and artifacts are stabilized and preserved using preventative measures to inhibit on-going or future deterioration. The conservator must select the best methods and materials, ones that do not adversely affect the object’s original materials. Ideally, conservation treatments will not impede future examination or scientific analysis, nor adversely impact future treatments of the art or artifacts conserved.

Peter Paul Biro has researched and treated hundreds of paintings, conserving and restoring artworks from the Renaissance to Modern eras. His clients have included some of the world’s most prestigious museums and many leading private collectors. He has worked on paintings from Raphael, Michelangelo, Leonardo, Ribera, Picasso, Pissarro, Turner, Monet, Munch, Pollock, de Kooning, and many more.

Peter Paul Biro has performed forensic examinations, specializing in authentication cases, of paintings in museums, private collections and universities, with noted experts, directors, and curators from around the world.

A partial list of noted experts, directors and curators who have worked with Mr Biro includes:

In 2009, Peter Paul Biro and Nicholas Eastaugh, a scientist known for his expertise in pigments, formed a company, Art Access and Research, which analyzes and authenticates paintings. Peter Paul Biro was its director of forensic studies. Clients include museums, private galleries, corporations, dealers, and major auction houses such as Sotheby’s and Christie’s. Peter Paul Biro was also enlisted by the Pigmentum Project*, which was then affiliated with Oxford University.

* Note: The Pigmentum Project was a program developed to catalogue quality data on historical pigments. It targeted principally the then nascent field known as technical art history, that is, studies of cultural material through the application of a combination of scientific, analytical, and documentary research to elucidate the historical context. The Pigmentum Project was set up by an informal group of researchers with a diversity of background but a common purpose in studying historical pigments.

Peter Paul Biro has given lectures at Harvard University, the University of Toronto, for the American Appraisers Association, the National Portrait Gallery in London, and the University of Glasgow.  He has also given numerous interviews for major international papers and appeared on prime time network television discussing his work.

Some of Peter Paul Biro’s discoveries were the focus of a feature length documentary internationally released by New Line Cinema. He has also contributed to a Discovery Channel special on Leonardo da Vinci. That project was also the focus of another one-hour documentary by the BBC. Peter Paul Biro was also interviewed for CBS’s 60 Minutes and for Anderson Cooper’s 360 for CNN.

He has contributed important essays to exhibition catalogues and has published in peer-reviewed journals including Mankind Quarterly, Antiquity, the Journal of the Royal Microscopical Society, Oxford, and others. He has contributed a chapter to a book edited by Prof. Emeritus Martin Kemp that examines a newly discovered drawing by Leonardo da Vinci entitled ‘La Bella Principessa’.

Peter Paul Biro continues working on the development and the further improvement of non-destructive methods of painting analysis and new technologies to assist in art identification and due diligence studies. 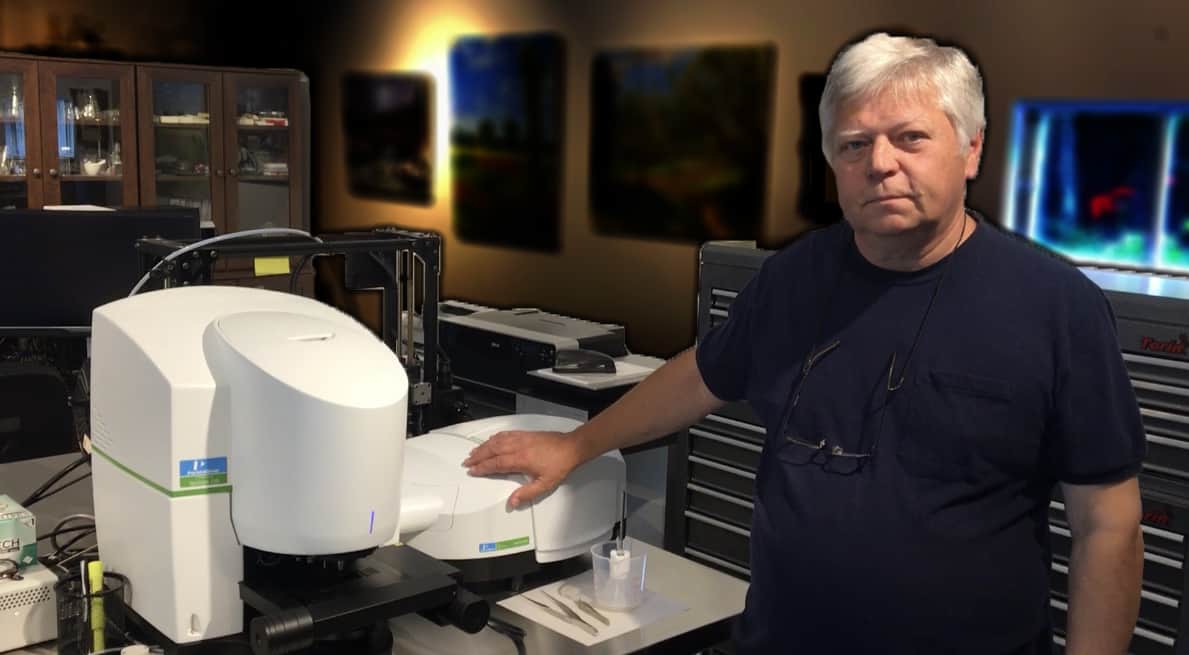 ALL RESEARCH AND TREATMENT CONDUCTED BY: 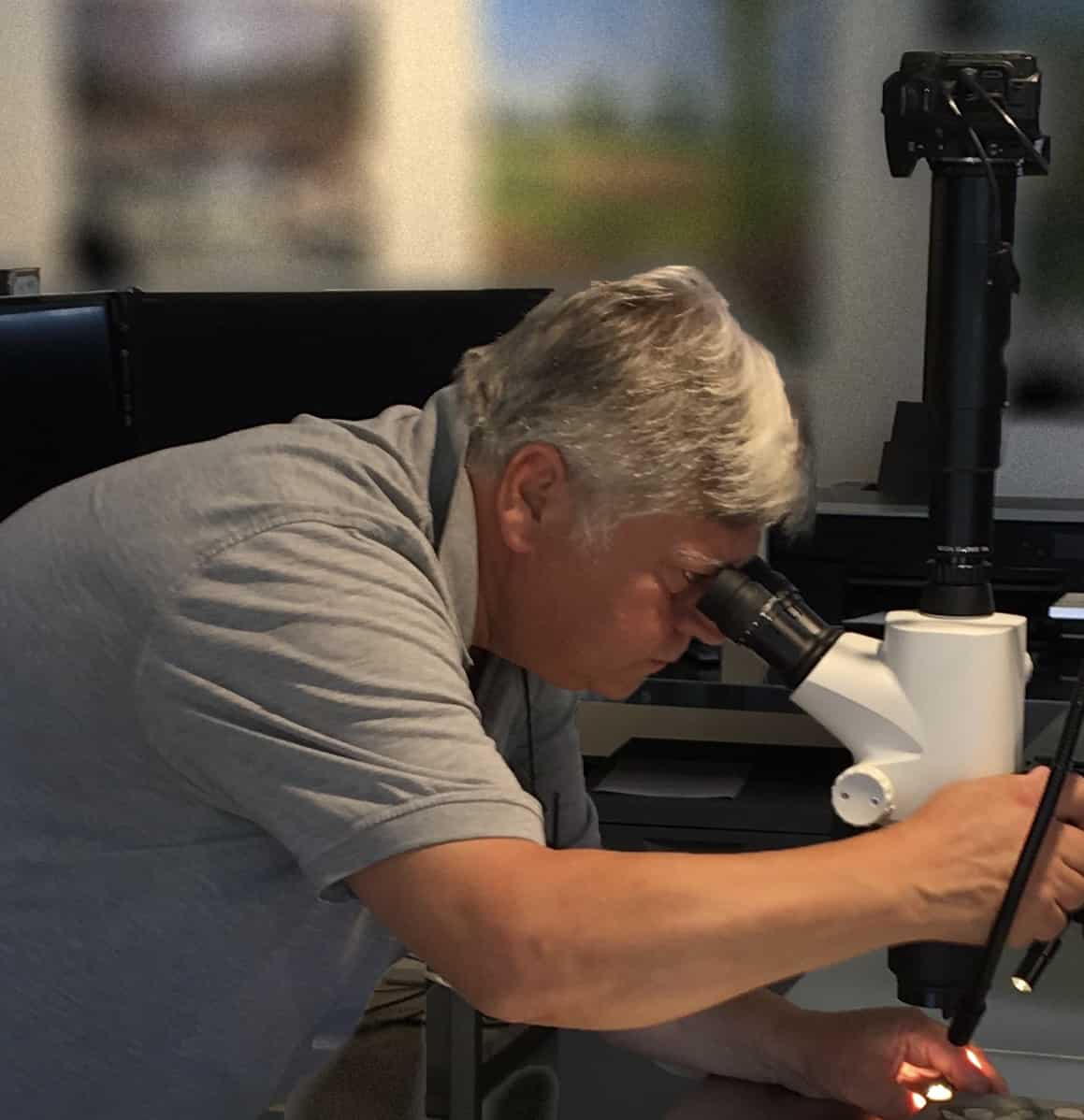