Lucian Freud painting denied by artist is authenticated by experts 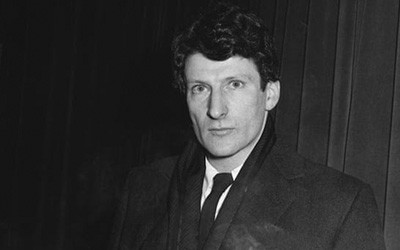 Read original article in The Guardian

The artist insisted he did not paint Standing Male Nude, but three specialists have concluded it is his work

Almost 25 years ago, a Swiss art collector bought a Lucian Freud painting – a full-length male nude – at auction. He then received a call from the British artist, asking to buy it from him. The two men did not know each other, and the collector politely refused, as he liked the picture.

Three days later, he claims he received another call from a now furious Freud who told him that, unless he sold it to him, he would deny having painted it.

The collector, who wishes to remain anonymous, told the Observer: “He said: ‘I’ll give you more than you paid, I’ll double it.’ I declined, and he became very aggressive, with bad words. He said: ‘In that case, you will never sell it.’” To his dismay, the Freud estate subsequently refused to authenticate Standing Male Nude – and that could have been the end of a sad tale for the collector.

Now, however, after years of research, he has been given a lifeline. Three independent studies have concluded that Standing Male Nude is very likely to have been painted by the 20th-century master.

Not only that, but the painting is also thought likely to be a self-portrait that Freud may have had good reason to want to hide.

Freud, who died in 2011, is today revered for his masterful depictions of other people’s naked flesh, often with brutal realism. His lifesize nude depiction of his muse Sue Tilley, also known as Big Sue, sold in 2015 for £35.6m.

Standing Male Nude, an unfinished oil on canvas measuring 43cm by 65cm, was among items from a deceased individual in Geneva auctioned in 1997. It was catalogued as a Freud. With the artist’s subsequent denial of his authorship, auctioneers would be unable to sell it today – just as Freud predicted.

After extensive research, the collector and his friend Thierry Navarro, a private investigator, believe that Freud’s desperation to acquire the painting was sparked by embarrassment because the male nude appears to be a self-portrait. Viewed from behind, with his face turned in profile, his facial features match photographs of him.

Although Freud was known for his many female lovers, he is thought to have had early gay affairs. Navarro discovered that it had hung in a Geneva flat secretly used by fellow artist Francis Bacon and gay friends, with Freud among its visitors.

“This witness knew about the relationship between Freud and Bacon. He gave a lot of details. He said Bacon asked Freud to paint this for him and that Bacon had this and another painting in the entrance of the flat.”

Navarro was also astonished to discover a link between the painted male nude and one of Eadweard Muybridge’s 1880s photographs of nude athletes in a book titled The Human Figure in Motion, whose homoerotic images are also known to have inspired Bacon: “Freud used the ‘Athlete. Catching at a Ball’ from this book. If you look on the figure’s back, there is a spot that’s been reproduced from the photograph, which means there is a direct link.”

Asked why Bacon had left the painting in Geneva, Navarro speculated that the pair may have had a falling out and gone their separate ways, with Bacon abandoning the painting.

He concluded: “Freud likely lied about this painting because it was embarrassing for him and he would probably prefer to destroy it rather than to see it in the hands of someone trying to sell it on the market.”

Dr Nicholas Eastaugh, a leading British expert in scientific analysis of paintings, took minuscule pigments and compared those with data in the Tate from authenticated Freud paintings. His tests also involved using infrared images to reveal a preliminary drawing in keeping with other Freuds. He concluded: “We have found from the work presented here both a positive comparative result with Freud and an absence of negative indicators for his authorship of Standing Male Nude.”

Art historian Hector Obalk studied the painting and, in his report, noted that “the manner in which the flesh is depicted is quite typical of the artist”. He concluded: “It is, to my mind, certain that the author of the pictorial gestures required for the execution can be none other than Lucian Freud, insofar as I recognise his hand”.

Another study was conducted by Dr Carina Popovici, a scientist and co-founder of Art Recognition, a Swiss company based near Zurich, whose scientific tests employ groundbreaking AI technology. She said: “Our AI has classified parts of the painting as being by the hand of Freud with a high score – a positive result up to 95% – and this might imply that the remaining surface was painted by someone else.”

Navarro said: “This is such a unique painting linking two masters – Bacon and Freud. It deserves to be in a museum.”

In 2016, an early Freud picture was attributed to the artist, despite his own denials that he painted it. Philip Mould’s BBC show Fake or Fortune? uncovered evidence that included notes from the artist’s former solicitor. The artist had apparently refused to acknowledge the work because it was originally owned by Denis Wirth-Miller, an artist with whom Freud had a long-running feud.

Read original article in The Guardian

NOTE:
Dr Nicholas Eastaugh, a leading British expert in scientific analysis of paintings, took minuscule pigments and compared those with data in the Tate from authenticated Freud paintings. His tests also involved using infrared images to reveal a preliminary drawing in keeping with other Freuds. He concluded: “We have found from the work presented here both a positive comparative result with Freud and an absence of negative indicators for his authorship of Standing Male Nude.”