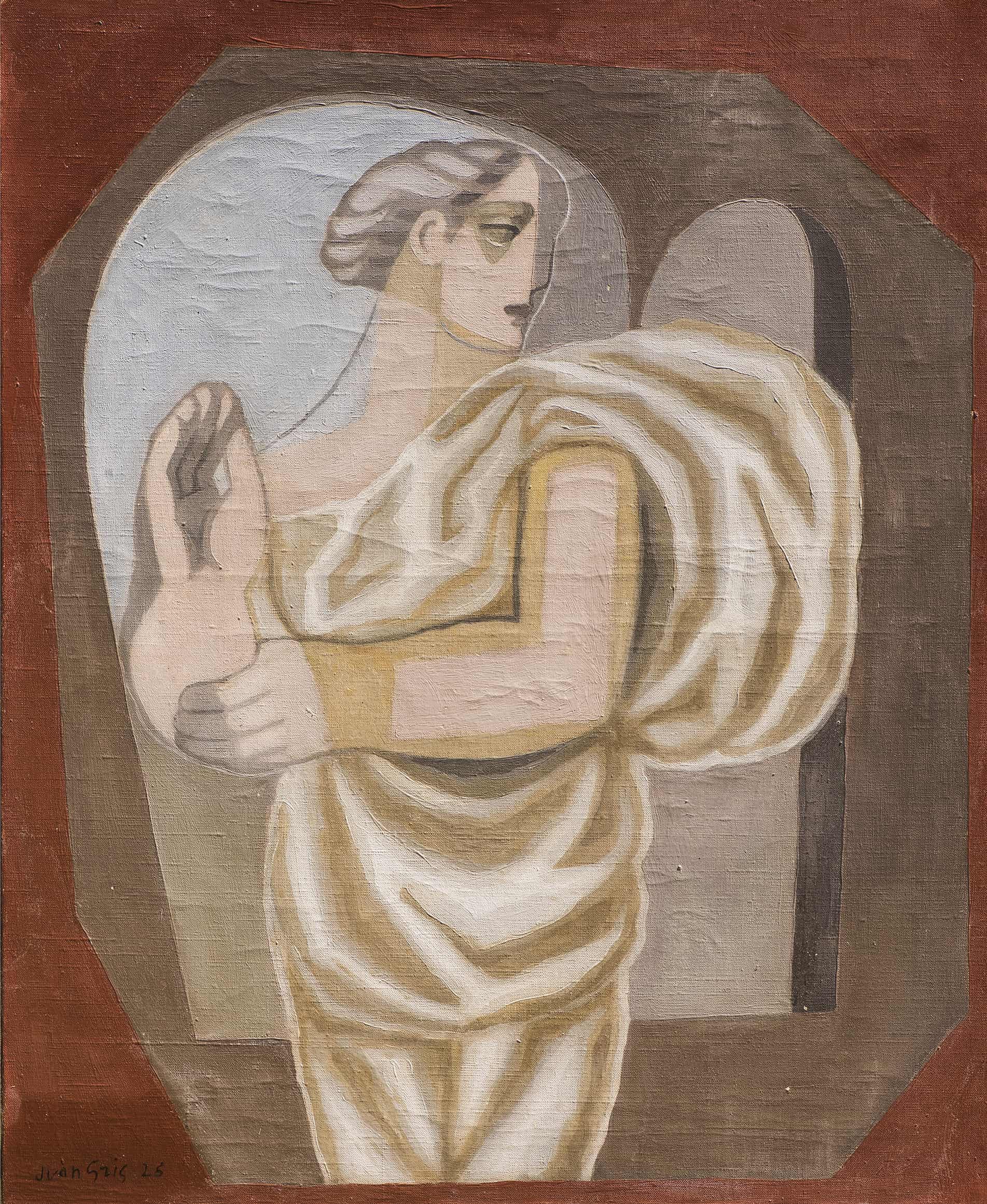 In late 2018, Peter Paul Biro was commissioned by a American private collector to perform conservation work on a late period painting by modern artist Juan Gris. The painter Juan Gris (1887-1927) is considered one of the four central figures of the innovative artistic genre of Cubism, along with Pablo Picasso, George Braque and Fernand Leger. This 1926 oil on canvas painting, titled, “Femme Drapee”, is indentified in Douglas Cooper’s 1977 catalogue raisonne of the artist’s paintings as # 557.

A large oil on canvas work measuring 73 x 60 cm, the painting has provenance dating back to the artist’s inventory in the gallery of his dealer, the renowned Modern Art gallerist Daniel-Henry Kahnweiler. Gris created the painting in January and February of 1926, about a year before his untimely death at age 40.

Over the course of several months in 2019, Peter Paul Biro studied the canvas intensively in his laboratory. Analysis indicated that the painting had been varnished several times. Over time, the varnish coatings had darkened, changing the appearance of the image. In a painstaking process, Peter Paul Biro cleaned the painting, revealing a brighter, warmer and more nuanced central figure and the beautiful drapery that cloaks her form, thus restoring the artist’s original intent.

With the original image fully restored, Peter Paul Biro is now conducting a full forensic analysis of the painting. When complete, this will be the first such analysis of a catalogued work by Juan Gris ever performed, to our knowledge. It is expected that this work will provide new insights into the methods and materials that Juan Gris used to create his distinctive paintings. Publication of the results of this landmark analysis is anticipated in 2020.

Note: Conservation presentation above with the permission of the owner of this 1926 painting by Juan Gris. 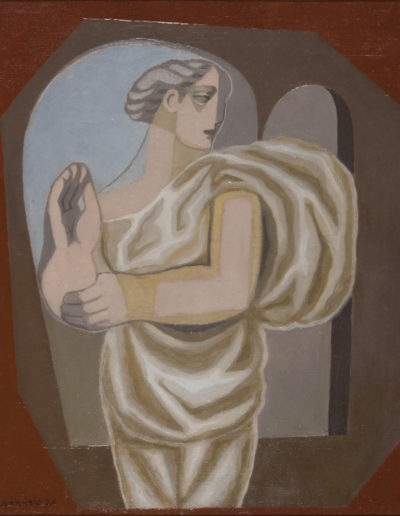 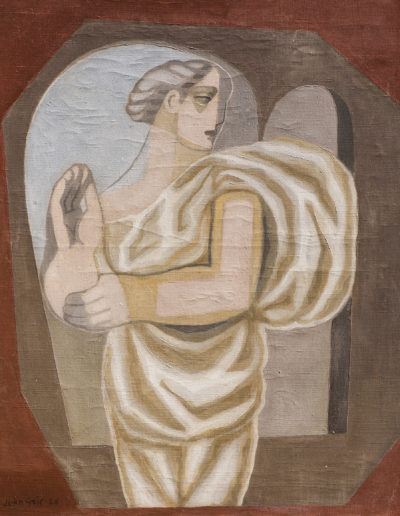 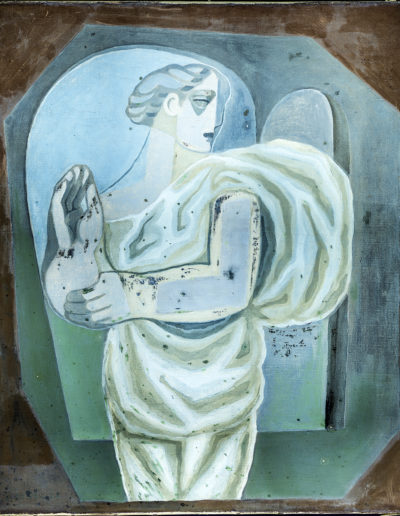 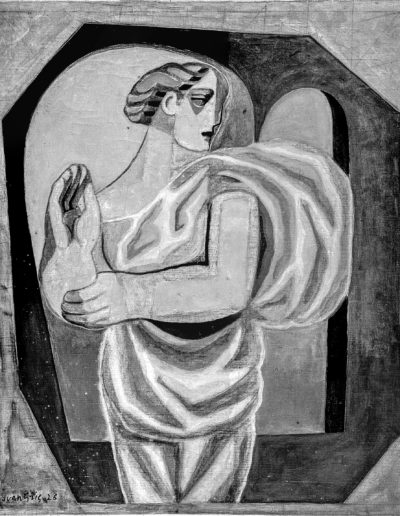 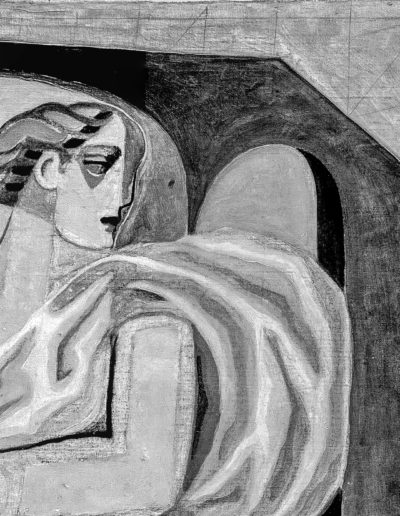 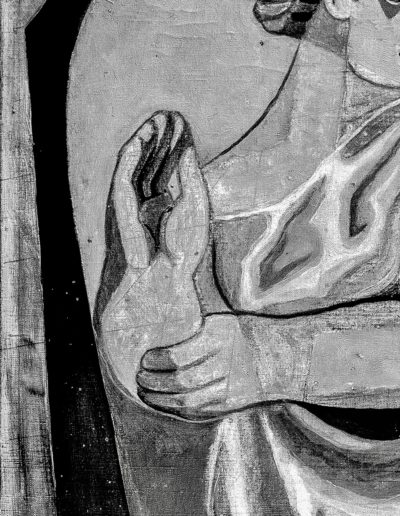 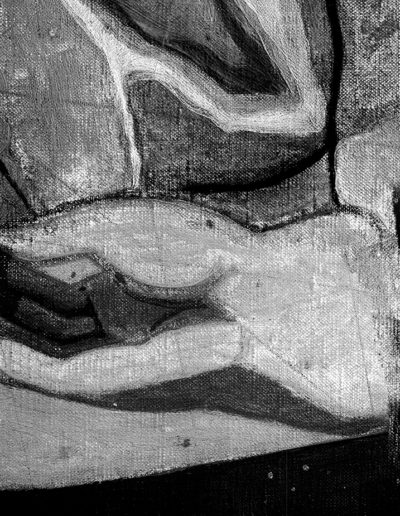 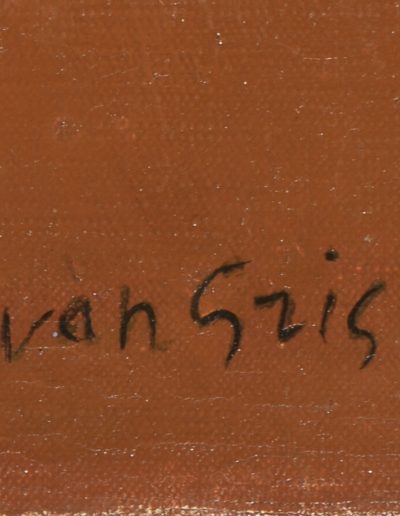 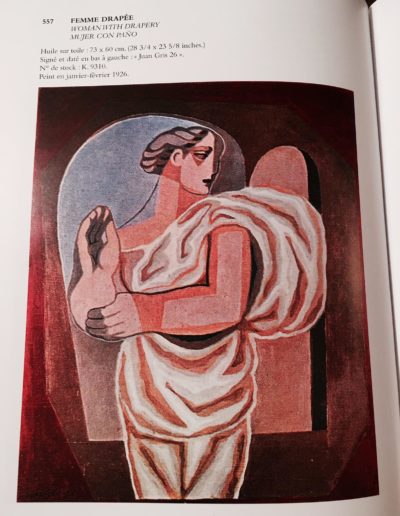 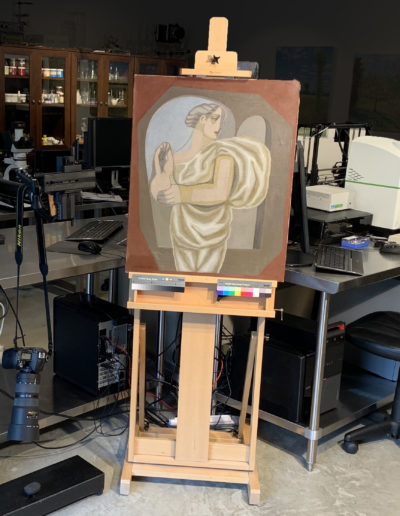 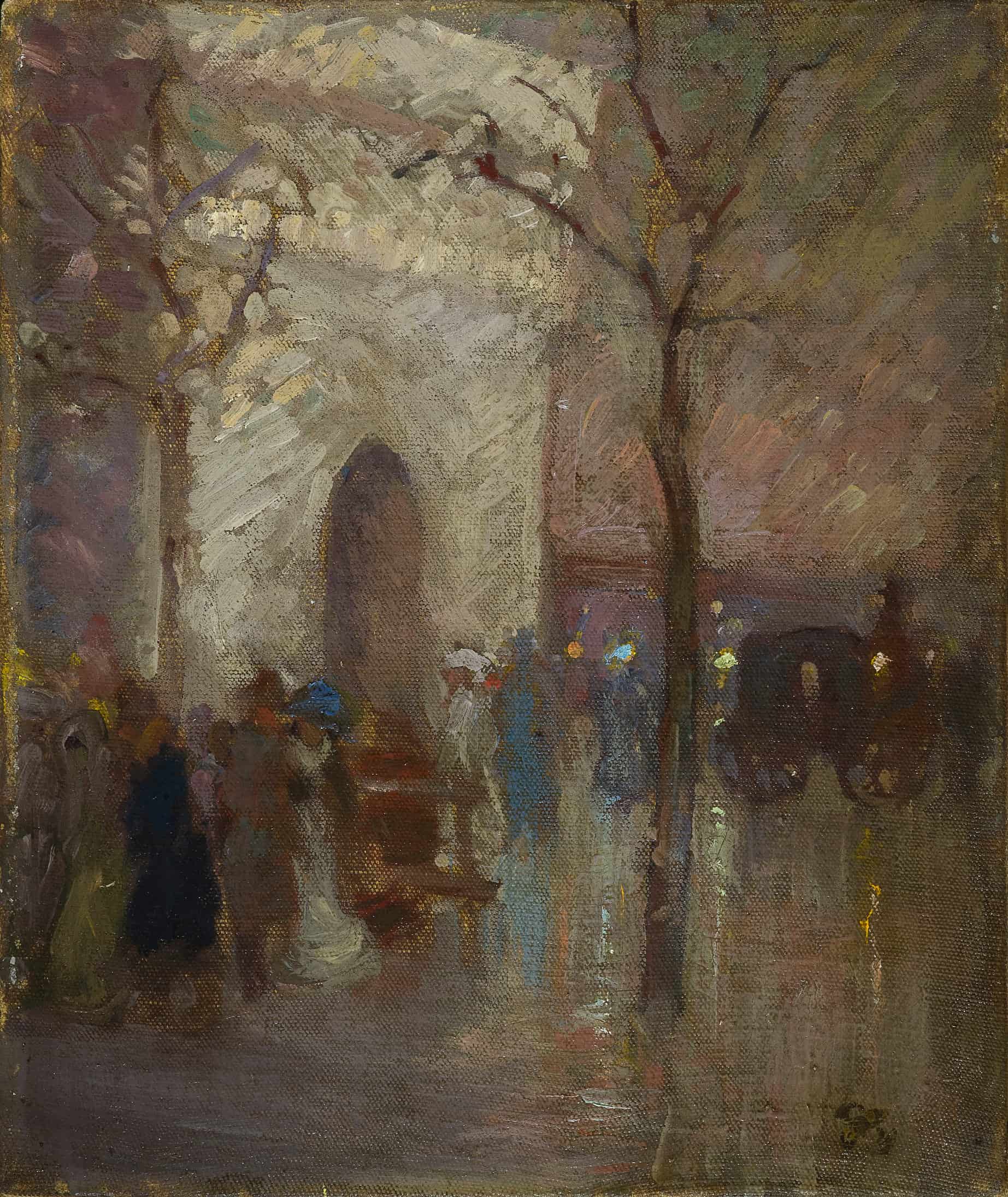 In the first half of 2019, Peter Paul Biro examined and helped to authenticate a Whistler Nocturne painting for its private owners and the University of Oregon’s Jordan Schnitzer Museum of Art, to which it was loaned.

An oil on canvas painting measuring 30.6 cm x 25.6 cm, Peter Paul Biro used a variety of scientific techniques to analyze both the material composition and artistic technique of the painting. The results satisfied the Jordan Schnitzer Museum of the painting’s authenticity. This past June it was hung, identified as a Whistler Nocturne painted in 1881, in one of the museum’s main galleries, next to a Monet painting of Charing Cross Bridge (please see photos). 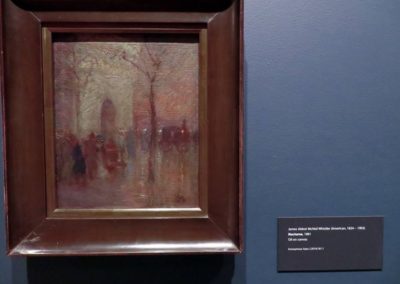 Note: Conservation presentation above with the permission of the owner of this 1881 painting by James Whistler. 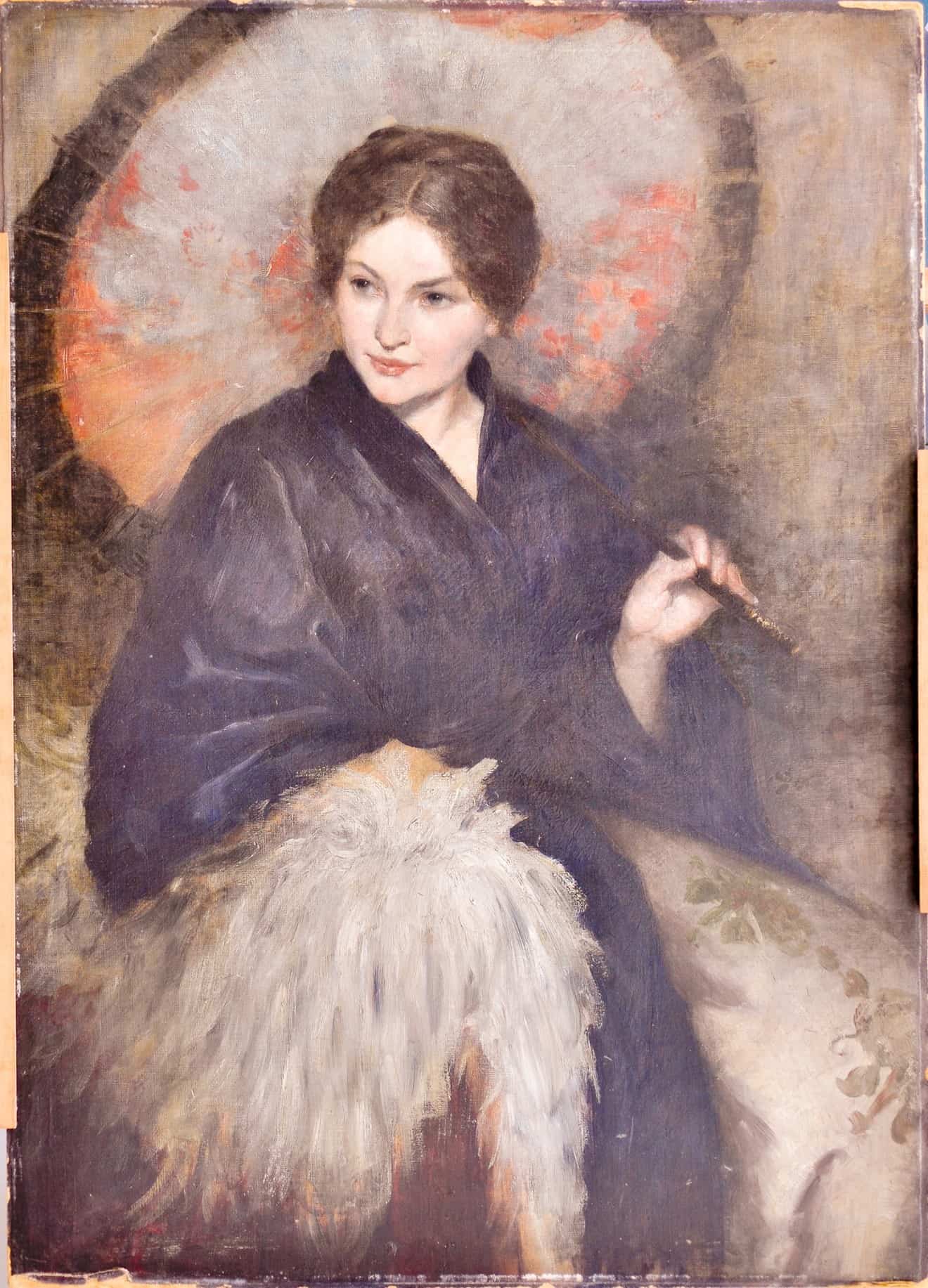 “Lady with a Parasol”

The painting has been owned by the same family for the past 70 years. A November 27, 1949 auction advertisement in the Los Angeles Times documents the sale of the painting at that time (see button below).

Founded in 1919, the Butler Institute is the first museum solely dedicated to exhibiting and preserving the work of American artists. Over the last 100 years, its collection has grown to encompass over 22,000 works by American artists such as Winslow Homer, James McNeill Whistler, Norman Rockwell, Albert Bierstadt, Mary Cassatt, Childe Hassam and William Merritt Chase, many of them masterpieces.

Peter Paul Biro’s 2013 examination was aimed at evaluating the painting’s physical condition and conservation history. In the examination, numerous high resolution photographs were taken. The painting was viewed by Peter Paul Biro under direct light and by using the ultraviolet fluorescence technique.

Importantly, the examination determined that the painting had been cut down in size on all four sides of the canvas. The painting seems to have been of some age before it was cut down. Intriguingly, the frame that surrounds the painting was also cut down in size. Analysis again suggests that it was already of significant age when it was cut.

A copy of Peter Paul Biro’s examination report can be found here.