Rubens Painting Cast Off by Metropolitan Museum as a Copy Authenticated as Real—Oops It’s the real thing. 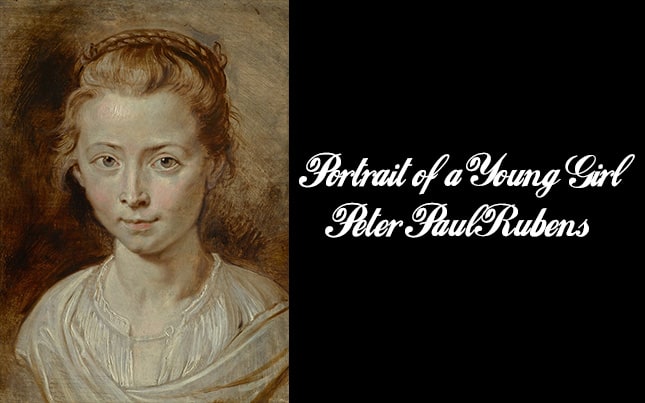 A new Peter Paul Rubens painting has been discovered, and it’s a castoff from New York’s Metropolitan Museum of Art.

Ben van Beneden, director of Antwerp’s Rubenshuis, has now declared Portrait of a Young Girl, possibly Clara Serena Rubens to be authentic, and is including it at the institution’s upcoming exhibition “Rubens in Private: the Master Portrays his Family.” The setting of the show makes the display of the portrait of Rubens’s daughter all the more symbolic, as the Antwerp museum is the former house and studio of the Flemish Old Master.

The painting doesn’t have a known provenance prior to the 1930s, and was downgraded to copy status by Rubens expert Julius Held in 1947, attributed to “a follower of Peter Paul Rubens.”

It made its way to the Met in 1960, where the late Walter Liedtke subsequently catalogued it as a copy after Rubens. The portrait was then sold to benefit the museum’s acquisition fund at the 2013 Old Masters sale at Sotheby’s.

The auction might have been the first indication that the portrait was more than it seemed: despite a humble $20,000–30,000 pre-sale estimate, the canvas fetched an impressive $626,500.

The painting was bought by an undisclosed London-based collector who has loaned it on a long-term basis to the Prince of Liechtenstein. For his collection in Vienna and Vaduz, the prince already owns an undisputed portrait of Rubens’s daughter dating from 1616.

The Clara Serena portrait is not the first work that has been recently reattributed as an authentic Rubens. The Rape of the Daughters of Leucippus (1610–1611), from the National Museum of Art Architecture and Design in Oslo, had also been judged a copy by Held in the 1950s, but Rubens expert Nico Van Hout is now touting it as the real deal at London’s Royal Academy.

Rembrandt has also been the beneficiary of a recent reevaluation, as a self-portrait of the artist belonging to Britain’s National Trust was deemed authentic last year.

Of course, attributions can also go the other way, as with Leonardo da Vinci‘s Virgin of the Rocks, which has had doubts about its authenticity cast by recent scholarship or Rembrandt’s Child With a Soap Bubble, which was recovered 15 years after it was stolen in 1999, only for experts to contest its attribution to the master.

Art historians remain divided on whether or not Portrait of Young Girl is an authentic Rubens.

Katelijne Van der Stighelen, another Rubens expert, agrees with Van Beneden, but the Art Newspaper reports that David Jaffe, former senior curator at London’s National Gallery and a Rubens specialist, remains “doubtful.” According to the New York Times, the Met is currently looking into the matter.